If you read this blog regularly, you’re aware that I have a new  novel underway and you may even know something about it.  For those of you who don’t, here is enough of a synopsis to make this post interesting to you.  The protagonist in the book is Rachel Thompson.  She lives in a small town in mid-America that like lots of those small towns has been going to seed for the last twenty years.  There is an old house in that town – a mansion, actually – that was built in around 1914 and is styled like a Bavarian villa or castle. complete with real balconies and turrets and stained glass windows.  When Rachel’s husband dies, he leaves her a nice life insurance policy and with the proceeds from that policy Rachel, contrary the advice of all of her friends, buys that old mansion which is now in a state of disrepair.  She spends all of the money having the place rehabbed and at the end of all that, they discover a flaw in a basement wall that threatens to structural integrity of the entire building.  Rachel is out of money, but this new work will have to be done or all may be lost.  She goes to the local bank to apply for a loan.  Thanks for reading.  Ed. 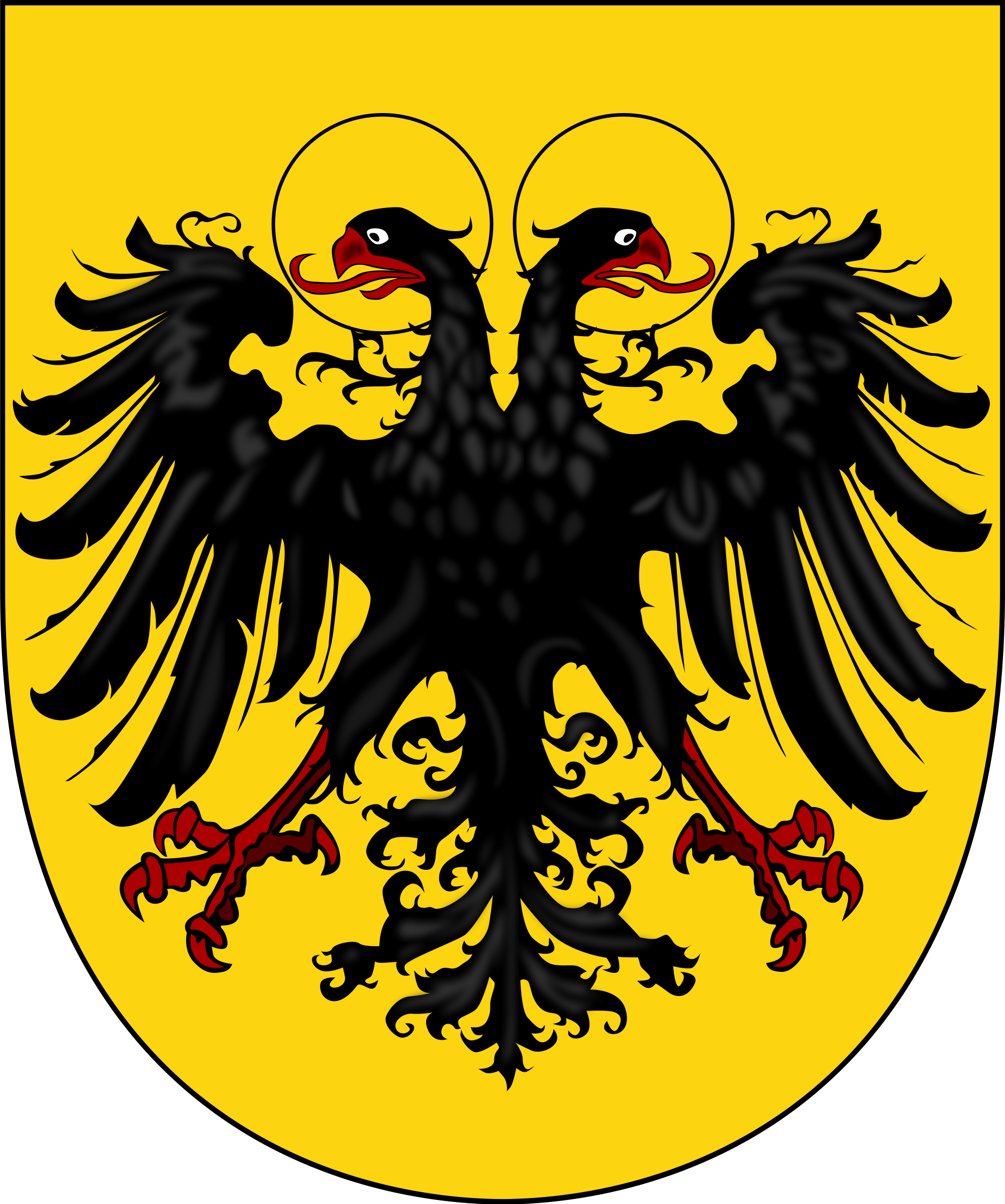 “I can’t loan you any money on that old house, Rachel.”

“Well, there’s more than one.  In the first place, no matter how nice the place looks now – and I’m not arguing that it isn’t pretty – it’s only worth what somebody will pay for it.  In my judgement – and in the judgement of the loan committee – there is nobody in their right mind that would buy that place. Nobody would give you anything near what you’ve got in it.  People with that kind of money for a house are not looking to stay here, they’re looking to get out. Move to the Carolinas or Tennessee. You looked at the mall lately? Half the stores in town are closed.  Boarded up. We’ve only got one grocery store left in the whole town. You could put the Taj Mahal on that lot, Rachel, and nobody would want to buy it.

On top of that, I am sure you didn’t miss the fact that your next door neighbor’s house just burned to the ground.”

“No.  But it touches the neighborhood.  The insurance company thinks the fire was arson.  Thinks that the Johnsons set the house ablaze to recover on their policy because they wanted rid of the place and knew that they could never sell it.  That’s the kind of thing that the bank has to look at. It affects value. It affects saleability.

“The Johnsons didn’t own that place.  They were renting.”

“On top of all that, of course, is the problem with the foundation of the house.  There are people on the committee who have already talked with Brad about that. He thinks he can fix it if we give you a loan.  We’re not as optimistic about that. You don’t know – and we can’t know – how deep that problem really is. It might be that it can’t really be fixed.  You just don’t know.”

“I’ve got to have some money.  The whole project hangs in the balance.”

“I can’t make the loan, Rachel.  But I have talked to someone who might get you out from under the place.”

“No.  Well, not that I know of.  It’s Mike Samples. They guy who runs the video lottery parlors up and down the highway here.”

“I thought you said that nobody would want the place.”

“Samples doesn’t need us.  Doesn’t need the bank. He can pay cash.  And he’s interested because he knows you’re in trouble here.  He thinks he can steal it, but in a bank of lottery machines and turn it into a money maker.”

“Well.  It may be your only option.  He’ll pay you something. You won’t get your investment back, but you’ll be out from under it and all this foundation work that has to be done.”

“Tell me this, Tom.  How is it that Mike Samples knows about my situation?”

“He’s on the loan committee, Rachel.”

That night Rachel Thomas could not sleep.

There were even moments in that long darkness when she considered surrendering the place to Mike Samples.  She would have forfeited almost everything John had left her; forfeited any chance at the early retirement life on the beach that all her friends had talked of.  But at least she could go on. She could work another twenty years, live a little beneath the style she’d grown accustomed to in her married life, and make it through.  Stay out of trouble. Not worry about the house caving in, paying taxes and insurance and the maintenance bills that would inevitably come. The place was shining now, but it would always be old.

But in doing so, she would surrender something more – the whole notion that began this irrational project to begin with.  The idea that this place could rejuvenate life. Not just her life, but the life of the town. The idea that all that once was good here, all that to which the town at its best aspired, might be salvaged and to some degree not commonly imagined embodied and made real, in the here and now.

She would be admitting – to herself and everyone who knew her – that her love for this place was what they thought it was – a childish fancy – the frivolous, indulgent dream of an unfulfilled widow.  She did not fear embarrassment; she feared the loss of this lifelong love; the notion that had haunted and delighted her since girlhood. That there was something in this house, this beautiful house that certainly had been built in response to some great love, some romantic dream, that was worth saving, that, indeed, would set an example, be a light on a hill for all to see; a means of lifting the vision of everyone who lived here.  It was life above the common. It was what people needed almost as much as food. It was what had been missing here for so long. To give it up would be to forgo the vision that set her apart. To give it up would mean losing hope.

She left her bed at five in the morning and found a chisel and hammer in John’s workshop and took a flashlight from the shelf atop the hall closet and went out into the darkness, started her car, and drove the half-mile to the house.  In the basement there she fixed the light on the bowing wall and chose a brick at eye level and began picking away at the mortar surrounding it.

The process took longer than she had imagined.  Time and again she worked, then rested, then went back to pick away carefully at the mortared seam so as to loosen that one brick only and not, so she hoped, further weaken the entire wall.  It was nearly noon when she finally pulled the brick from its place.

Then she shone the flashlight through the little, black rectangle and saw inside the great cavity and there on the floor the three ancient trunks.

She was shaking as she climbed the stairs up from the basement, not only from exhaustion, but from excitement.  In the kitchen she sat down and telephoned Sam Dawson.

“Yes.  I’m at the house.  There is something back there, Sam.  Something behind that wall you showed me.”

“Oh, Rachel, you shouldn’t have done that.  It can all fall in, you know. It was holding together on a wing and a prayer anyway.  Oh, boy. I’ll be right over. I’ve got to take the truck and try to find some stanchions.”

He was there in an hour with one of his employees who helped him carry the steel poles down the stairs.  He would not even look into the newly-made hole in the wall until he had lined the four poles along the length of the I- beam and jacked them into place, each of them holding their share of the weight of the entire hundred year old structure above, for the moment.

When he looked through the hole and saw the cavity, deep, wide and evenly cut, and the three trunks, he made a call and within another hour another truck arrived, this one with a load of some twenty wooden, four-by-four posts which the men pounded into place beneath and supporting not the steel beam but each of the floor joists above the wall that the I-beam supported.  Dawson tried each of the wooden posts with a shake of his hand and tapped each one with his hammer and they sounded as taut and true as the strings of a violin. Then he took a sledge and knocked away enough of the low bricks to allow him to crawl through.

In minutes he had pushed the trunks through the opening and into the light of the basement.  They were not locked. He stood by while Rachel lifted the lid from the first box and stared at the five red boxes within, each of which bore a gold shield on which was emblazoned a double-headed eagle.