The Lamp in The Foyer 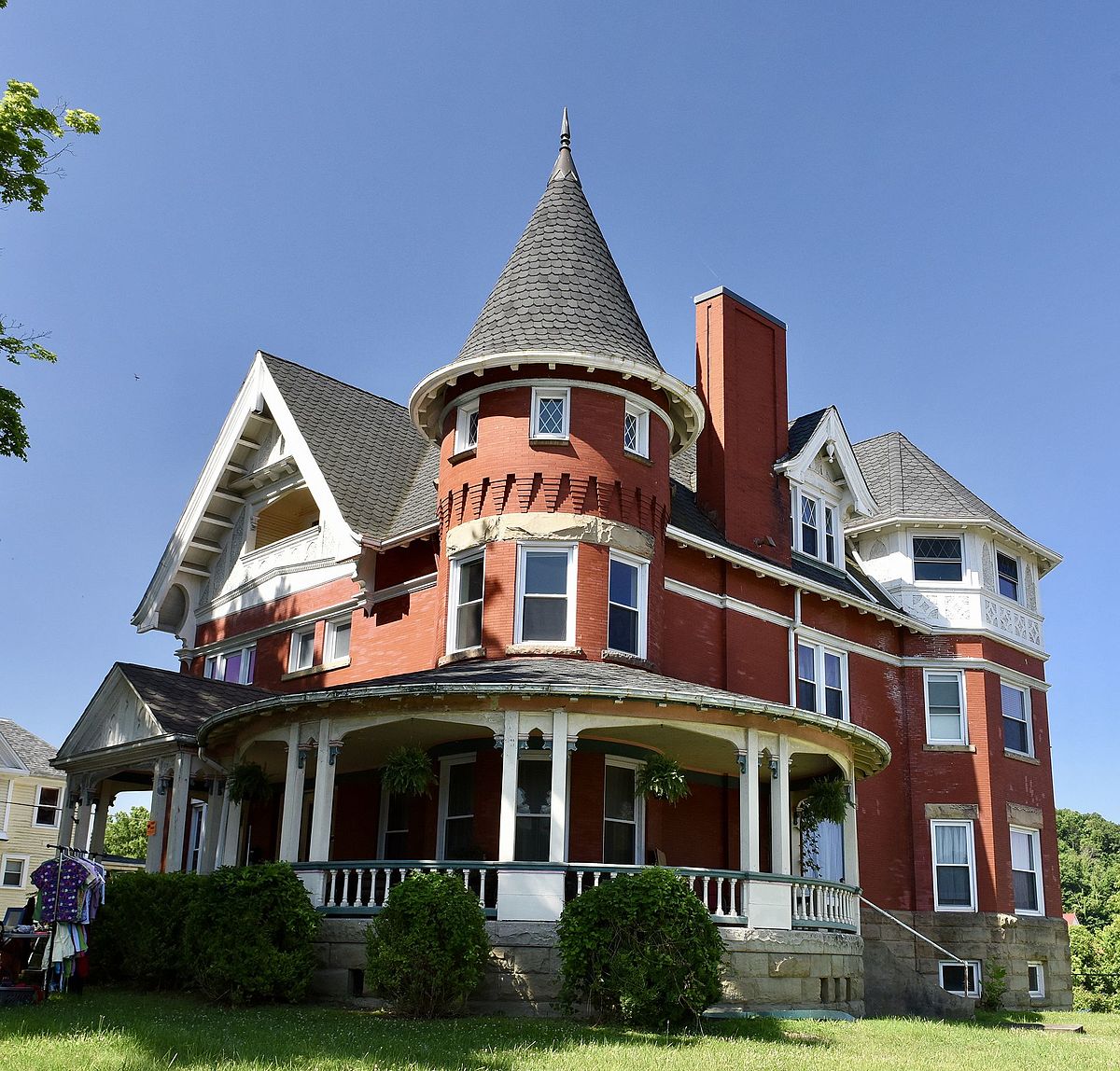 She never told anyone the real reason she bought the house.

No one would have understood the real reason. Certainly no one would have supported it.  But it had to do with a lamp that had burned in the foyer of the house when she was just a girl.  The Phillipses had lived there then, and the house was in its glory.   Through the glass in the front door you could see the lamp.  It was a banker’s lamp, oversized, and with not a green glass lampshade, but one that was marine blue.

And what she remembered was that this lamp was always on.  The house was in town, only a block from Main Street and for her to get anywhere from her house on the hill she had to pass the Phillips house.   When she was very young, the lamp, as it shone in that great foyer, cast its light on another world, the world of the stories in her books.   There was the great wooden desk, the cherry staircase, the beveled glass surrounding the front door frame.  It was a house unlike her own and unlike any she had ever been inside and yet she knew that it must be in this house that those great and wonderful things happened.  Here is where people fell in love, where handsome men fell to their knees to propose marriage to long-suffering and beautiful young women.  From here a young man or woman left to catch a late-night train to faraway places.  And it must have been here where visitors were received – young, pretty cousins from a great city, maybe even another country, who would come to stay for the summer and who would have their own rooms, rooms that were empty for the rest of the year, freshened up for their arrival, with new linen and washed windows opened to the morning sun and that in the evening overlooked the traffic and lights of Main Street.  It was in a house like this that dinner would have been served at a regular hour and there would have been grace said and conversation, comfortable and confident, about every subject in the world.   There would have been guests for dinner almost every evening.

In elementary school, she learned  that Colonel Phillips had flown missions over France and Germany in the war and that he for a time had held a diplomatic post in London.  She once saw a man in a military uniform knocking on that door.

Another time she remembered was the morning she left town for college.  She had not anticipated the way she would feel.   The weight of all the endings and goodbyes.  The certainty, for the first time that morning, that none of the promises would be kept.  Her lifelong friends would not be hers forever, certainly not in the way before, not in the ways they had spoken of it and imagined it.  Those bonds would not survive this world that was now upon them.   And the boy, although he had never promised, she knew that he had, for a time at least, felt as she had felt, and she knew in a way that neither of them would have admitted then, that nothing would ever come of it.  Nothing could ever come of it now.

And it was still dark when her parents drove her by the Phillips house and now that blue lamp was no more a symbol of romance and adventure and far-away things.  Now it was the perfect image of home.  That blue light was the light of peace and permanence and order and the life she knew she could have lived if the world was not the way it was.