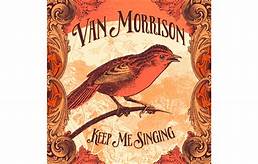 So many of my peers started smoking cigarettes in high school and, sometime before they turned 40, started to see and feel the evidence that what the Surgeon General had been telling them on the sides of the packages really was true.    They kicked the habit and, in most cases, were in time none the worse for the wear.  But one of those friends, despite his intelligence and good-heartedness, was never able to stop.  To say that he had mixed feelings about smoking would be understatement.  I remember him once talking about his accommodations for an upcoming business trip.  I’ll have to get a smoking room.  But I don’t really want that.  Those rooms all smell stale and the walls are yellowed.  What I really want is a non-smoking room, but I want to smoke in it.

I’ve never heard this aspect of the human impulse put so succinctly anywhere else.

I could generalize and moralize now (I often do that) and go on about how universal this attitude really is – that we want our world to be clean, free of all corruption.  But we would like to continue our own selfish and destructive habits while everyone around us refrains from doing the like and indirectly limiting our enjoyment in any way.

But I’m not going to be that serious tonight.  Instead I want to compare my friend’s memorable confession to – of all things – buying record albums.

I want to listen to Oldies music, but I want the songs to be new songs.

What I mean is this.  There is just something about the music of my generation.  The stuff that went down from about 1965 til about 1972.   This is not just me.  It’s not just because I happened to be young then and I associate those old songs with the good times, the crazy times, the times of high emotion and high hopes that are concentrated in one’s early life.  I know that those memories do affect my taste, but allow me to argue that other forces are also at work here; like, for instance, the intrinsic quality of the music itself.

When I was in college  – 1970-74 – I played in a rock and roll band.  And when my older son went away to school in 2006, he too found himself in such a frat-house band.  When I looked at his band’s set list I was pleasantly surprised.  It was little different from my band’s back in the early seventies.  They were not playing stuff by Green Day or Death Cab for Cutie.  They were playing the Beatles and the Stones, Chuck Berry and Creedence Clearwater Revival, The (early) Eagles and The Band.   The original explosion of Rock and Roll was ignited in the late 1950s and lasted till around 1972.  Everything since in pop music has only been echoes of the original thunder.

But I have reached the point in life where I am actually grown tired of the old records themselves and I long for the old magic but not the same old songs.

Let me give you an example.  The Mamas and The Papas were not my favorite band of that day, but they did have a very distinctive sound.  One of the key elements of great pop music is vocal harmony, and they had that, in spades.  One day, not too long ago, someone loaned me one of their Greatest Hits-type albums to play in my car on a long trip I was taking.  This record, like many, was not actually one that was released in the heyday, but rather a more recent repackaging.

I put the disk in with very definite expectations.  You know – “California Dreamin,’”  “Monday, Monday,” “I Saw Her Again Last Night.”  All great songs, but all a bit time worn.

Deep into the album a song came on that I had never heard before.  I think the name of the song was “Safe in My Garden.”  It had everything that the great hits had – the poignancy, the fantastic voices, the dreaminess.

But it was in some sense new.  At least to me.  It was like someone had hidden away a bottle of that rare vintage and now, at last, it had been opened and I could taste the sunshine, earth and rain of that early day, with just enough surprise.  All as if it were new again.

I think that something like that happens with Van Morrison’s “Keep Me Singing” album.  I’ve had it only for a few days now, but it has in it the beating heart of the golden era.  Rather than me trying to describe it, why don’t you give this cut, “Every Time I See A River,” a listen.  It’s the old feeling.  The old longing.  The old dream.  The old romance.

Van has still got it.